Merseyside giants Liverpool have bagged their first Champions League win of the season following the 2-1 home victory over Ajax Amsterdam in a Group A clash. Cameroonian star Joel Matip scored the winning goal a minute from time to give Liverpool their first victory in the group which also has Italian Serie A club Napoli and immediate past Scottish champions Rangers. 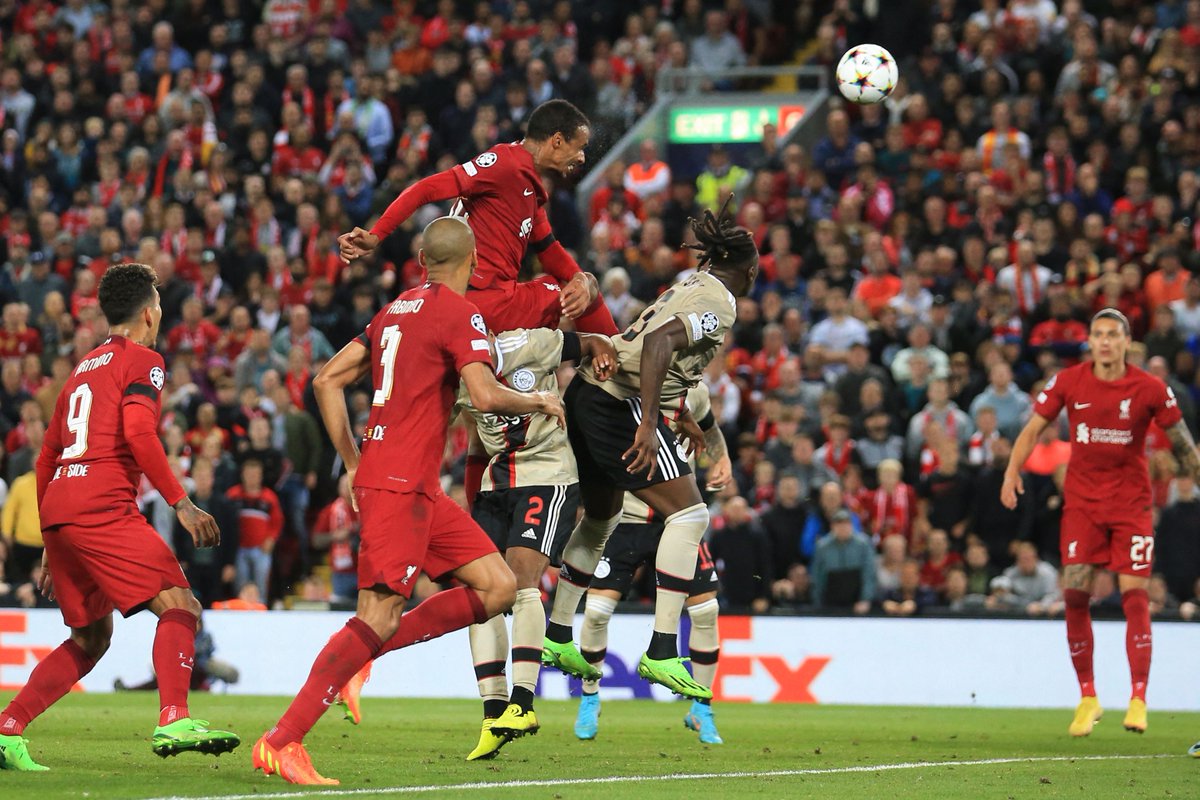 Liverpool came into the home game with Dutch giants Ajax on the back of the humiliating 4-1 defeat at the hands of Napoli and they needed to bounce back with both result and performance at the expense of an Ajax team which started their Group A campaign with an impressive 4-0 win at home to Rangers. Liverpool were able to deliver a good performance plus a good result at the end of their latest Champions League meeting with Ajax. The Reds were the better side and they were good value for their win thanks to the late header produced by the aforementioned Matip.

Matip and his Liverpool teammates have had a poor start to the season by their high standards ahead of the visit of Ajax with two wins from the first seven Premier League and Champions League games. To this effect, they needed to produce a big performance against in-form Ajax and they did just that. The Premier League side could have scored more than the two goals conceded by Ajax Amsterdam during the game.

Just like what’s obtainable with Liverpool, star player Mohamed Salah has not hit top form on a consistent basis this season. However, the Egyptian international was back to his best against Ajax as he was responsible for the opening goal before it was cancelled out by Ajax forward Mohamed Kudus in the first half thus paving the way forMatip to score the winner in the second half.

Despite the slim win over Ajax, Liverpool are still third on the Group A log behind Napoli and the Dutch champions while Rangers occupy the last spot.