While results have picked up for Erik Ten Hag’s new and improved Manchester United, there is always one eye locked on the next transfer window to reinforce the squad. Cristiano Ronaldo looks more certain than ever to leave the club coming into the winter months, crystallised by his off-field antics and regular cause for disruption. The Portugal international attempted to leave the club in the summer, hence not turning up once for pre-season, but a lack of suitors and Manchester United not willing to part ways with him forced the centre forward to remain put. 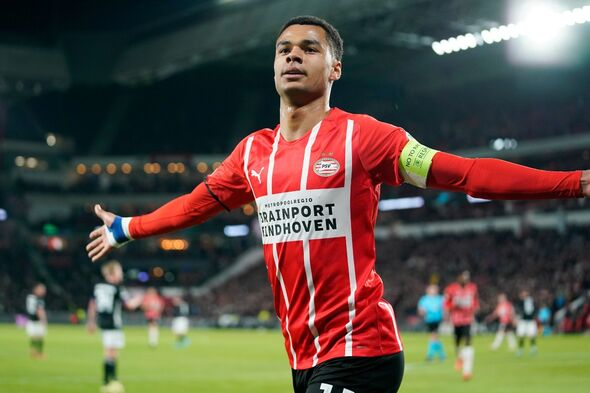 A player that has continually been growing with each season, Victor Osimhen is now one of the most talked about young centre forwards in Europe. Arriving from LOSC, the Napoli striker was signed for an impressed £65 million as a 21 year old. After an acclimatisation period in the south of Italy, the Nigerian centre forward has become one of the best players in Serie A.

Manchester United’s coveted pursuit of Frenkie de Jong ultimately ended in disappointment as FC Barcelona kept their star midfielder past the summer window. It was clearly from the moment Ten Hag took over that his number one priority was De Jong with the club pulling out every stop they had to try and recruit him.

Arguably Europe’s most talked about player, Cody Gakpo is a player that is in demand this winter. After nearly signing for both Manchester United and Leeds United on deadline day, Gakpo has started this season with the intent of making that career-defining move sooner rather than later.

He has laid down a serious market both domestically and in the Europa League. The Dutch international has 18 goals and assists in just 11 Eredivisie matches – a quite remarkable effort given he occupies the left wing rather than the centre forward position.